This page honors the beloved cats who have so enriched our lives with their presence. 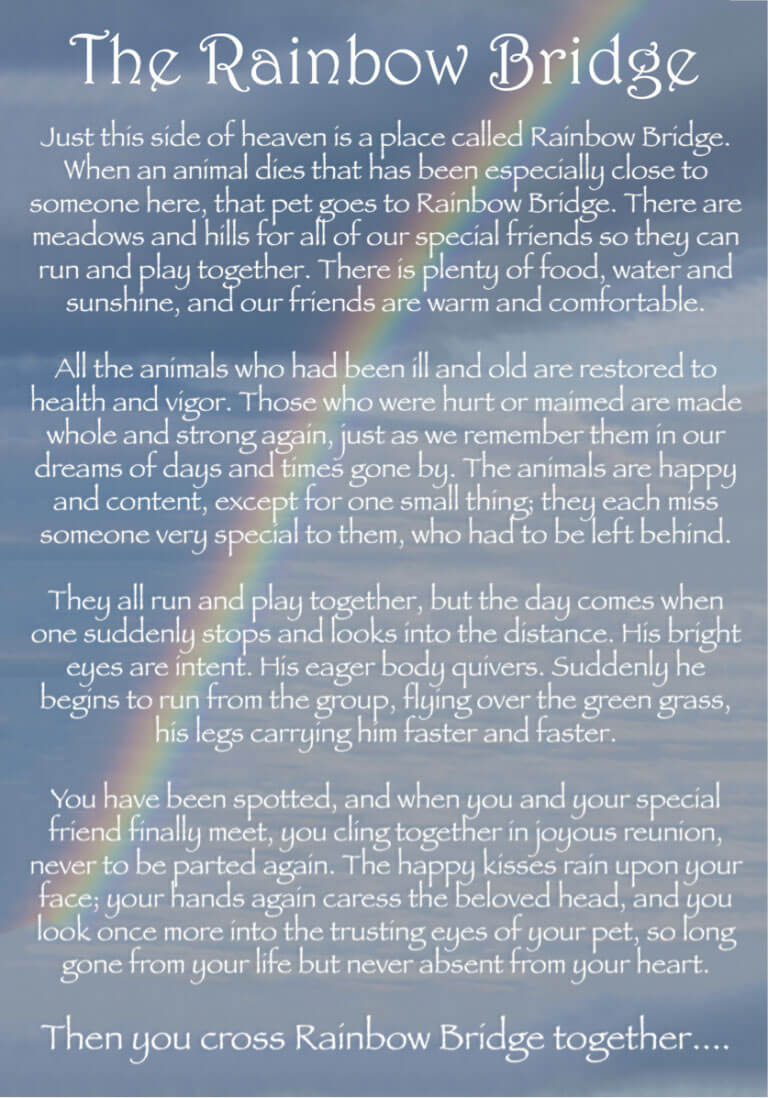 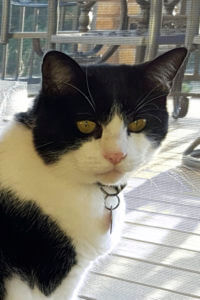 Thulo and his “brother” Smudg were rescued as kittens from the streets of Santa Fe, NM by our daughter Jenn. We (Mike and Shannon) adopted them when Jenn found out she was very allergic to cats. Thulo early on adopted Mike and became a constant companion. Much like a shadow, wherever Mike went Thulo was right there. He loved Smudg, boxes, hiding in kitty tents, catnip, helping Mike work at the computer, siting amongst the presents under the Christmas tree, basking in the sun, watching birds and bunnies, lying in front of the screen door, chasing string and his “brother” Smudg, but most of all he loved being with his daddy—Mike. Thulo was 13, a gentle soul, loved and missed by all. 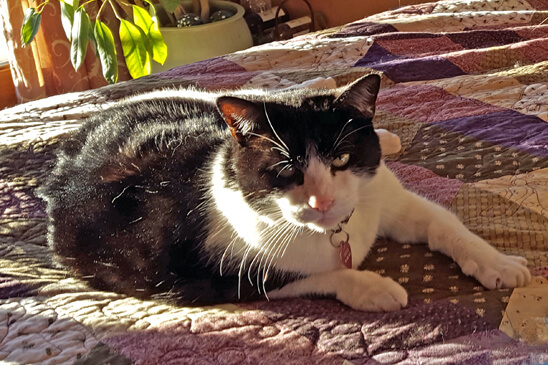 Thulo was Smudg’s companion. When Thulo died, Mike had the honor of becoming Smudg’s friend. If Mike left the house, Smudg cried and sat at the door – waiting. They would visit on the deck for hours. When Smudg was ill, they went for walks in the yard. Smudg was the defender. He protected Thulo from cat or dog, size didn’t matter. He was also a charmer with magical eyes; captivating everyone he met. 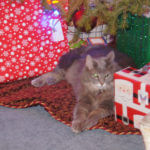 Soulmates, Smudg and Thulo had the same loves. Uniquely Smudg was sitting with Shannon of an evening or morning coffee, resting his head in Mike’s hand, playing chase and peekaboo with Mike. Most of all, he just loved being with Mike. Smudg was 15, an extra ordinary friend, loved and missed by all. 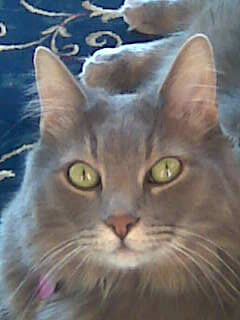 The Saga of Remington 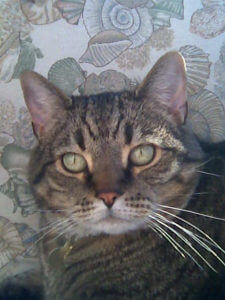 Remington chose us when we visited the rescue society. He was eight weeks old, found inside the wall of a building that was being torn down. He ran out from under a crate and right up Mike’s jeans. That tiny little tabby fell asleep in Mike’s hand; he came home with us and never left. He was Remington because of that giant roaring purr, Minkie because of the downy fur on his belly and behind his ears, Squishy because he did love a treat, and Big Ole Kitty as he became the grandpa figure to everyone, furry and not. I was his person…and he was my big kitty…he loved me and I loved him for nearly 20 years. Now I have a big ole hole in my heart. 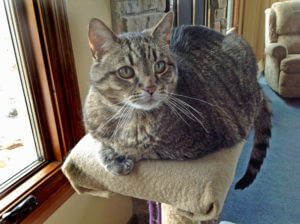